Skip to the content
Search
Grace Momma Grace 3 weeks ago

You Make A Difference

Sometimes, it feels like our actions don’t make a difference.

We feel too small.
We feel too insignificant.
Our actions are too mundane.
We are too ordinary to really make a difference.

I am listening to a book on Audible called On Fire, and as I was listening this morning, this message hit me loud and clear:

The small and simple things I do, that feel insignificant in the moment, lead to miracles.

For context, that book is about a man named John O’Leary who was burned as a kid, because he accidentally lit his house on fire. Curiosity + parents out of the house + fire + a gas tank = an explosion of his entire house. His body 100% burned. His family home ruined.

This story is one of perseverance, and the life lessons he’s learned as a result of this fire. So good. Definitely suggest it.

John was only able to survive because his scalp served as his one and only donor sight.

Remember though… I said 100% of his body was burned.

There were third-degree burns from his neck down.

And the thing that saved his face? His scalp? Was his 8-year-old sister.

She had no idea why it was important, but she risked her life, ran into their burning home not once, not twice, but three times to grab a cup of water, and splash it onto his face while they waited for the paramedics to arrive. Acting on instincts alone.

The moral of that story?
Our choices matter. No matter how insignificant they feel in the moment.

You are significant.
Your mundane actions lead to huge results.
You make a difference.
You matter.

Today, and every day.

You are amazing momma. Remember that today, and everyday. 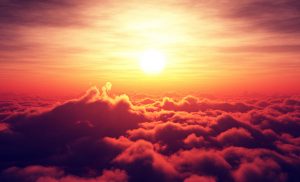 When Moms Lose Their Dreams

In Contemplation of Anger