Skip to the content
Search
Strong Mom Tips 1 year ago

Why Celebrating Failure Can Lead to Success

From participation awards to “no fail” mentalities, modern-day society is instilling the expectation that success is no longer linked to work, but instead to luck and showing up. Social media has made this mentality worse by flooding our free time with quick sound bites and stories focusing on people having reached amazing goals, all while neglecting to share how hard they worked to reach them.

Often, we justify watching these stories because they can be a source of inspiration and motivation, which is great. However, if you find yourself getting angry at strangers for being successful at something that you are struggling with, then it’s time for some serious introspection.

A life lesson the world needs

The hard truth is that no one can succeed at everything, every time. You are destined to fail at an untold number of things before you succeed at one. Is this fair? Fairness has nothing to do with it. There’s a saying that goes along the lines of “Every corpse on Mount Everest was once a highly motivated person.” Even a huge amount of effort and determination might not be enough if the timing is wrong or the skill set isn’t there.

When it comes down to it, you won’t be great at most things until you spend enough time to become good at them first. And to become good at anything, you’ve got to spend time and, dare I say it, fail a bunch of times first. Failure is part of the learning process. Want to make beautiful loaves of sourdough bread? I guarantee you that your first tries are going to come out less than great, although they might serve as terrific doorstops. This type of failure is the greatest teacher as nothing helps you learn faster than making a mistake and then suffering through the consequences.

When you fail you have a choice. Pout and moan that someone is better at something than you are, or make a decision – is this something you want to keep working at?

I know what I would pick – and it isn’t pouting. No one likes a pouty face.

Instead, I challenge you to celebrate failure! The next time something doesn’t go to plan – a meal doesn’t turn out, a project fails to measure up to expectations – celebrate that you tried something that you wanted to try. I guarantee the next time you try, you’ll get different and possibly better results.

I took violin lessons growing up. Every year I participated in Federation, a musical proficiency achievement that judged technical expertise, performance, and musical interpretation. Those who received a superior rating received a small trophy, and every three years you could trade in the smaller trophies for a marginally larger one.

Each year I practiced for hours and hours to reach the required skill level and then had to stand before the judges and perform. It scared me to death. But – each of those trophies symbolized that hard work pays off and I was immensely proud of them and kept them in a special place.

Fast forward to today where my kids each have several trophies, one from each season they participated in soccer. While I know these trophies are in their bedroom somewhere, I’d be hard pressed to find them. Compared to the trophies I earned for months of preparation and practice, these trophies were earned for simply showing up and therefore hold far less meaning.

Did I fail a bunch while learning the violin? Heck yeah. Years of sounding like a dying cat when every other student around me sounded so much better weren’t exactly motivating. But, I did stick with it (mostly because my parents wouldn’t let me give up…) and now I’m proud of what I’ve learned.

Discussion question: What’s something you’ve worked hard for and are now proud of? 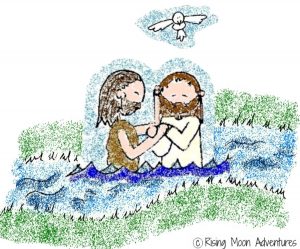