When I Say That I’ve Forgiven…

At the end of 2012, I realized I was kind of a mess on the inside. I’d been divorced for 4 1/2 years and each venture into the world of dating seemed to highlight my brokenness and deep wounds from my marriage.

After yet another night of uncontrollable crying accompanied by dark insidious thoughts of how worthless and unlovable I felt I was, I realized I needed help. I’d seen a counselor or therapist while going through my divorce and was able to recognize I wasn’t going to break this cycle on my own. On the day of my first appointment, I met my ex-husband for him to pick up our daughter. He had just remarried and asked to have a moment to speak with me. I was shocked when he began apologizing for how badly he had treated me during our marriage. He said I’d been a good wife and he hoped I could forgive him and I could find happiness with someone else. He was sincere and even cried as he apologized.

Honestly, I was angry in that moment. I knew the Christlike thing would be to forgive him and say so, but how could I? I still felt so damaged and broken from all that I endured in our marriage. If I forgave him, then I felt like I was saying everything he’d done didn’t really matter, that it wasn’t a big deal. How could I do that when I was literally on my way to seek professional help for the effects of his abuse?

I ended up thanking him for his apology, I couldn’t say I had forgiven him, but I was working towards it and hoped to truly forgive him one day. I began meeting with a therapist. After a few sessions, she casually mentioned as I was leaving that I probably wasn’t going to heal unless I forgave. I actually said, “who, myself?” She gently replied, “No, your ex-husband.” I did not like that answer and couldn’t see how that was connected with healing.

Then the next two weeks, the messages at my Sunday meetings were about forgiving others. I felt chastened and that maybe God was trying to really reach my hard and unforgiving heart. I scheduled a meeting with my bishop (congregational leader) to get counsel and help on forgiving. I laid it all out for him, what I had experienced, how I was trying to forgive, that I was trying to heal. I laid out my struggles with depression and how broken I felt. I described how I would have these unpredictable and emotional reactions to mundane and normal things because of an association with trauma and abuse that I didn’t even know existed until I was in that anxiety-filled moment. I explained how angry I felt and how unfair it seemed that my ex-husband was remarried and talking about going to the temple with his new wife. Why was it so easy for him and not me? I remember asking if I really could be healed now or was this something that I would have to wait until the next life. My kind and sincere bishop replied, “I don’t know the answer to most of your questions, but I do know Jesus Christ has the power to heal you in this life if it is His will.”

I tell you all this so you have an idea of my struggles with the real application of forgiving others in my pursuit to be like Christ and truly follow Him. Now to 2016, three years later, I was in a meeting with three other women deciding which lessons we would teach the young women (girls age 12-18) in our congregation that month. We had a list of several topics to choose from for the month. The lesson “Forgiving Others” may as well have been in neon lights. That still small voice didn’t feel so small in the repeated nudges that I needed to teach on that. I gave my pick while inwardly panicking about teaching something that was still a struggle and I didn’t fully understand.

After a couple of weeks of studying and reflecting on forgiveness, I was driving home from work when I thought of the story of Jesus’s arrest and Peter smiting off the ear of the high priest’s servant, Malchus. I can only attribute the Spirit popping this story into mind given its brevity. Here’s what the New Testament says:

“And one of them smote the servant of the high priest, and cut off his right ear. And Jesus answered and said, Suffer ye thus far. And he touched his ear, and healed him.”

Under the Law of Moses, the current law at the time, Peter would have to have his ear cut off for justice to be fulfilled. Yet the servant would still not have his ear. Because of Jesus’s power to heal the man’s ear, Peter could be shown mercy rather than justice. The man who lost his ear could have no cause against Peter since he was made whole. Both could only give glory to Christ for the mercy and grace He showed to each of them by healing the wound inflicted by the other. Peter could be forgiven and truly have the “sin” remembered no more.

I don’t know why this account or this imagery connected so powerfully with me, but after years of wrestling over forgiving, understanding and peace came in an instance. Jesus asking us to forgive others isn’t Him asking us to pretend that we weren’t wounded, that we weren’t broken, or even that we’re okay. Because of Jesus Christ’s willingness to suffer in the Garden of Gethsemane and upon the cross, and then through His resurrection, He has power to make each of us whole. As my bishop told me, he can have power to heal us now, but He may not. We may need to wait. We may need the wrestle and search to finally have understanding. We may need to be ready to be healed. We may need the experience of enduring and then relying more upon the Lord as we do.

My experience is that not only did He heal me, but He made me into a new person filled with hope, peace, and love. So when I say that I’ve forgiven someone, I mean that I’ve given my wounds over to Christ to bind and heal. I mean that I’m seeking and asking for His grace and mercy as much as for me as for the one who wounded me.

The wounds I’ve had could not be made right through punishment, justice, or revenge of another. By bringing my pain and anguish to Christ, He’s shown me that they mattered enough to Him to suffer in Gethsemane and die the cruel death on the cross so he can comfort, understand, heal, and forgive. When I say that I’ve forgiven, I’m saying my hurt mattered to Jesus Christ. It is only through and because of Christ that we can forgive. Forgiving others has bound me to Christ and given me hope for forgiveness of my own sins and the ways I’ve wronged others. I hope as you seek to forgive others, you will also find Christ and more of His holiness that makes forgiveness possible. 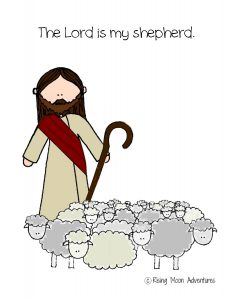 Insights on Christ: He Is Our Everything! 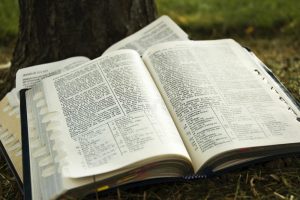 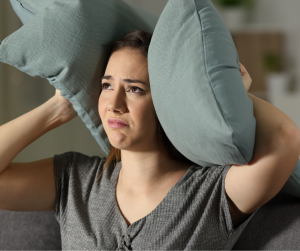