Skip to the content
Search
Strong Mom Tips 5 months ago

There Is Power In Owning Your Mistakes

If you’ve ever spent time with kids, you’ve no doubt run into the situation where they try to get out of trouble by making up a story. Owning a mistake is hard, even for adults. It’s natural to think that by admitting to doing something that caused a problem, you’ll only make the situation harder for yourself. This belief makes sense until you break the situation down and weigh out the pros and cons.

Think back to a time you listened to a kid’s story of why they couldn’t possibly be guilty. If you’re anything like me, you already know what happened. The unhelpful story about how everyone else is at fault is an added bonus as you’re trying to deal with the situation. What you want is for them to tell you why they did what they did and then for them to take responsibility for their actions. What you end up getting is a long complicated story that throws shade on everyone but them. It makes a negative situation even worse.

With kids, this is a learning experience. With adults, it’s super aggravating. We all know people who make up excuses to save face. The friend who is always late will share a story of how awful their morning was in infinite detail. The coworker who didn’t complete their tasks on time will complain about how they are being treated unfairly. The guy who dings your car says it’s your fault for parking too close.

There is power in owning your mistakes. People who are willing to admit wrongdoing are able to solve problems and turn negatives into positives. Often, all it takes to resolve a situation is for someone to admit blame. When no one owns the problem, the situation can spiral out of control quickly.

If you fall into the category of people who tend to pass the blame, know that it’s not your fault. Chances are, you come from a background where it was normal to never admit to wrongdoing or weakness. Your personal experience might assign all sorts of painful emotional weight to owning your mistakes.

But, also know that you can be the one brave enough to change that attitude. Start with small things. Say you drop something. Maybe no one is around to see it, but you still want to blame it on someone. Take a moment to think through what thoughts come to mind first. If it was anger paired with, “I wouldn’t have dropped that if so-and-so hadn’t left their shoes on the floor” then you have some work to do.

First, you need to correct yourself. If you dropped something, then that’s it. You dropped something. It doesn’t matter why or how. Take responsibility. If nothing was damaged, then shake yourself off and move on. If something was damaged that wasn’t yours, go apologize. The goal is to shift the focus away from anger and blame and into problem-solving mode, which brings more peace in the long run.

The time I damaged my mom’s car

I think everyone has one of these stories tucked away somewhere. Here’s mine. As a new driver, there are a lot of things that you don’t learn until you’ve had a few harrowing experiences. I’d only barely had my license for a few months when I needed to deliver items from a school fundraiser. I had the order form in one hand and the steering wheel in the other.  The way I held the form blocked part of my view and the next thing I knew, I clipped a garbage can with the side view mirror and snapped the thing clean off.

I was so determined to prove I was a good driver that I made up a story to make it sound like I’d done everything right. It might have included dramatic details such as swerving out of the way of a speeding car and how it could have been so much worse had I not been paying attention.

While no one called me on it, I carried the weight of that lie for ages. Every time I saw that car and the mirror that had to be fixed because of me I worried that someone in the neighborhood would rat me out at any minute and I’d be caught in my lie. What was worse was all the “what ifs” that kept popping up in my head. What if it wasn’t just a garbage can? What if it was a parked car or someone’s dog?

Had I just told the truth, I would have been able to shed all of that worry and put an end to the situation the same day it happened, instead of holding onto the discomfort of it for years. 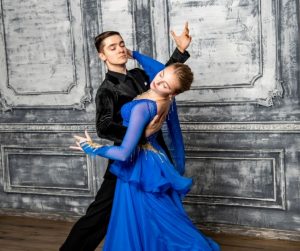