As I was preparing to teach a lesson to the women at church, I had an idea to try something that made me really nervous. I’d come to learn that those ideas that are outside of my comfort zone are a prompting from the Spirit to help me stretch and also help others. My lesson topic was on the gifts of the Spirit as taught by Paul in 1 Corinthians 12. I had attended a lesson on the same subject in a different congregation where the teacher passed around a beautifully wrapped gift and each woman shared a gift she felt she’d been given. For my lesson, I felt that I should invite the women in the class to share gifts they had noticed in other women in our congregation.

One of the reasons I was so nervous was because of my initial impression of the women in the congregation. The congregation boundaries consisted of two townhome communities and the majority of women were young, recently married, and mothers to small children. At 32, I felt old in this group. I’d only lived in the area a short time and was struggling to connect with many of them. I was horrified one week when I overheard a few women making fun of the hairstyle and dress of another woman. I wasn’t sure I wanted to connect with some of them. I feared what they said about me.

I had also started an inner habit or game of trying to guess what problems or vices different people had. I was jaded after my divorce and tried to find comfort in suppositions of others’ real or imagined shortcomings. I often felt that I wore a scarlet D being divorced and having my own failure so visible. I was not in the habit of looking at others and wondering what their gifts and strengths were.

I continued to prepare for my lesson and applied myself to the challenge I was going to issue to the women in my class. As I went to church and observed the women around me prayerfully, trying to see them for their spiritual gifts, I found myself more optimistic and happier being at church. I was less concerned with my own shortcomings when I was sincerely trying to see good in others.

This was a very large congregation and we met in the gym to have enough room for everyone. When I taught, I had to use a microphone and anyone who commented had to speak into the microphone so all could hear. As I introduced the lesson and explained what I wanted to do for the entire class time, I was even more nervous. Would anyone speak about the gifts of others? I had no back up plan on how to fill the time if there was no participation. I’d spent a week or two pondering my own question. What if this was asking too much?

I had come across a talk that expounded on Paul’s list as follows:

I shared that quote and then my own impressions about the gifts of two women I’d come to know in our congregation.  I then turned it over to the class. I ended up running all over that gym in my high heels giving everyone a chance to share something about their friends and neighbors in the room.  Once that ball got rolling, the women became more eager, creative, and enthusiastic about sharing the gifts and goodness of those around us. I know that there were more than a few women who heard good things they had no idea anyone had noticed or would have thought about themselves.

By the end of the class, I felt thrilled and honored to live among such amazing and special women. I wanted to know more about each of them. Instead of not having enough to fill the time, I wished we had all day so everyone could have heard something said about them. That was a transformative lesson for me learning that in many circumstances of discontent, nothing else actually has to change but our perspective and focus.

I ended up living there for seven years and my life has continued to be blessed by friendships I formed with many of those women (our own STRONG Moms founder Monta Cooper included).

I was not given just a little bit of holiness that day, but an unending and unfailing source, a gift if you will, of how to readily experience more holiness and Christlike love for others.

If you’re looking for a resolution or way to enjoy and to connect more with those around you, prayerfully seek to see their gifts and then share with them what you see.

If you’d like share something here about another STRONG Mom, I’d love to learn more about the amazing women in this group! 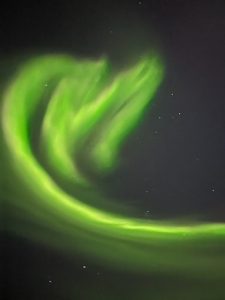 My Search for a Vibrant & Undeniable Light 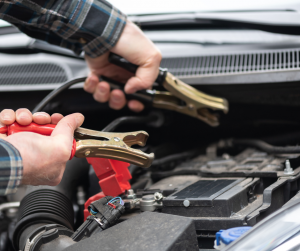