My Own Lesson Learned from Temper Tantrums

When I was a new-ish mom and my children would have toddler temper tantrums, I was at a loss for how to help them. I felt helpless as I watched them cry over things like being told, “No, you can’t eat that worm,” or “The doggy food is for the doggy, not you.”

As I grew more experienced as a mother, tantrums bothered me less and less. I began to understand that they were a normal expression of frustration and that the phase would pass as they grew in understanding and their ability to communicate.

I learned to use distraction to interrupt the tantrum cycle and to respond with love and compassion. I learned to offer them limited options that let them choose for themselves, but without overwhelming them with too many choices. For example, instead of asking “What shirt do you want to wear?” I would ask “Do you want to wear the red shirt or the blue shirt?”

And then one day, I had an insight about God and my own temper tantrums. You see, I was a “habitual miscarrier.” I would get pregnant and lose the baby, get pregnant and lose the baby, over and over again. I began to throw some amazing temper tantrums. One time, I announced to my husband and the children we did have via a cake that read “Hip hip hooray, a baby’s on the way!” Within a few days, before we had eaten the entire cake, I miscarried. So, I did what any (non) rational person would do and took a kitchen knife and stabbed that cake to bits.

I just knew God was a mean God, who delighted in torturing me by causing me to miscarry. I was SO ANGRY that I could not carry another baby and I could not understand why I couldn’t get what I wanted, when and how I wanted it.

Turns out, God had another path for me. I did give birth to four children and then we built our family mostly via adoption. I think I must be a slow learner, because it wasn’t until a couple of years ago, after 30 years of parenting, that I had a new perspective on God and my miscarriages.

Child #25 (no typo) was throwing a temper tantrum and I picked her up and held her and said, “Oh sweetheart, it’s going to be ok.” In that moment, I flashed back to my tantruming over my miscarriages (and all the other times I didn’t get what I wanted, when I wanted it) and had this thought: God, during those ragey times, was saying to me, His immature child who lacked understanding, “Oh, Holly. It’s going to be ok.”

I am grateful for that tender mercy, 30 years in the making. Now, during hard times when I feel ragey and desperately upset, I remember those words that came to me: “Oh, Holly. It’s going to be ok.” And it is.

*For more insight and help into dealing with toddler’s and their delightful temper tantrums, click here for Episode #27: Bring the Calm of the BUILD FAMILY CONNECTION podcast. 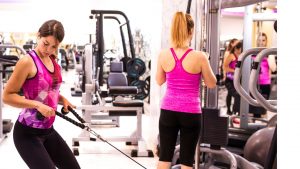 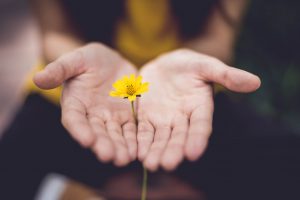 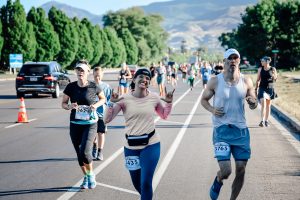 The Half-Marathon of YOUR Life