January was a rough month for me. I was sick for the first time in four years. I missed church three Sundays in a row. My job has been really busy and stressful—like having to take breaks to just cry from feeling so overwhelmed, busy, and stressed. I don’t love winter, especially living in Utah where it’s really cold, there is lots of snow, and the daylight doesn’t last long enough.

Crying because of work is not typical for me. It actually never happens. I even had two days off in the month, a nice get away with my family, which didn’t do anything to alleviate the current stress. On one of the days I cried, as soon as I logged off from work, I threw on my running clothes and was out running by 5:05 trying to get a couple miles in before it was fully dark. I didn’t feel like running that evening. I felt like crawling into bed, crying some more, and binging Netflix.

Many years prior I heard this statement, “Never forget in the dark what you have learned in the light.” It was another phrase I wrote on my bathroom mirror to see every day. There was an era in my life that I spent more days in the week crying from being overwhelmed or sad about certain aspects of my life. As I pleaded for the Lord to help me, I would have the smallest of thoughts or ideas for a small change. Some were regarding spiritual habits, other mental habits, and more than a few about physical habits. One thing I learned in the light is that I (and by I, I mean my mind, body, and spirit) need physical exercise and fresh air.

I’ve always been a runner, but I haven’t always loved running. My love and dependence on it came during my first marriage as it was one of the few things that my former husband approved of me doing. Running was the only thing I could do that he would agree to watch our daughter, otherwise, she was with me. I could often only watch a TV program if I was running on the treadmill. What he didn’t know was that running was the one activity during our marriage that I felt fully and unapologetically myself.

Even when runs didn’t go well, I could still hear my track coach of 6 years shouting encouragement to me, which was a needed respite from the shouting at home. Running is an activity that always seems to center and bring me back to myself.

Five winters ago, one of the small impressions I had was to start running outside on Saturdays rather than on the treadmill. Or really that I should not take the winter off from running just because it was cold and dark. This actually wasn’t so small to me as I really hated the cold and thought that it would make running miserable. With the right gear, I’ve grown to love winter running. I can count on one hand how many Saturdays I’ve missed since then. I haven’t gone more than a week without getting a run logged.  I decided that I wasn’t going to let weather keep me from what I know I truly need. I’ve been on runs in the winter when it’s been so cold ice forms in my water bottles on my water belt. I’ve run through frozen fog where I’d get easily lost if I didn’t know the area. On some Saturdays, I’m clearly the only one running and leaving tracks in the snow.

Pictures in this post are from my runs this month. The evening I forced myself out of my house rather than vegging, my run ended with such a magnificent sunset. Instead of crying tears of frustration, my heart felt full of joy to see such a sight. Running seems to shake off the dust and nonsense from my thoughts. It’s much harder to feel overwhelmed and sorry for myself when I’m enjoying the magnificent world and a body to experience it all. There is actually a unique satisfaction that comes from leaving the only footprints on a path. While I know I’m not the only one who runs in the snow, it feels even more like a gift from God and a reminder that this was His idea and not mine.

I’m not writing this to motivate you to start running, but to find something just for you that connects you more fully to yourself, the beauties of nature, and God. You (and by this I mean your mind, body, and spirit) need something that consistently does this. The scriptures are replete with stories of people going into mountains, deserts, wilderness, forests, and the sea and having transformative experiences with God. God often directs individuals to go to these places. Others go on their own and have surprising and unexpected experiences.

I think one of the reasons Peter announced, “I go a fishing,” and the other apostles went with him is because this was an activity where they had first met and been called by the God of Nature (John 21:3). Perhaps they didn’t expect to see Jesus there again that day, but I think they hoped to have renewal and remembrance of past miracles and experiences with the Lord.

I’ve had countless sacred experiences being quiet and still in my home, church, or a temple. But I also can’t tell you how many epiphanies I’ve had on a run or “my mediation in motion” as I’ve come to call it. There is many a path or an unassuming spot next to the road where God met me on a run to soothe and teach me. I have received much more holiness and overall wellness to my body and soul from this one small habit.

If there is some thought you’ve had as you read this or something you can start or have done with similar benefit, act on it. Start it again if you’ve lapsed. Search out the stories where others found God in a grove, on a mountain, or the sea and seek to know where you should go for your own transformative experiences. 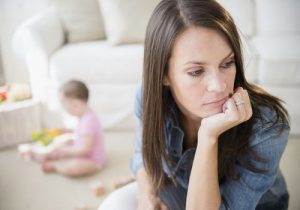 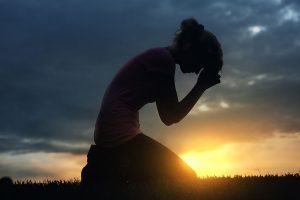 Before We Were Mothers We Were Human