Skip to the content
Search
Strong Mom Tips 5 months ago

When was the last time you failed at something? Maybe you were trying to bake something you’ve never attempted before. Perhaps you thought you could still manage a handstand. Perchance you thought you remembered how to knit. No? Just me? Ok.

Whenever you try something new, or try to remember something from the past, you risk failing. Sometimes those failures are spectacular. Sometimes they’re painful or come at an inconvenient time. But, know this, failure is an intrinsic part of growing as a person. In fact, if you aren’t failing from time to time then you also aren’t growing.

Technically speaking, every time you fell off your bike when learning to ride was a failure. But, you kept trying because you understood that it was part of the process. As adults, there is a sense that we need to prevent failure at all costs. There are places where we are not allowed to fail, like when you are hired to do a certain type of work that you are good at. However, there are lots of places where we are indeed allowed to fail. Learning new skills, trying new things, and testing new ideas, all require lots of failure before we find success.

The next time you shy away from trying something because you think you might fail, tell yourself that failure is always an option and is a natural part of learning. Give yourself permission to get things wrong, get messy, and make something new.

If the entire idea of failing gives you serious anxiety, as it does for many, make a game of it. I know of one writer that aims for a certain number of rejections a year, not because he doesn’t want his work published, but because if he’s getting rejections, then that means he’s submitting his work to be considered. Giving himself permission to rack up rejections to meet a bizarre goal, makes it easier to keep submitting.

Teaching my kid that it’s okay not to be perfect

Kids like trying new things, and often it’s because they’ve seen someone else try something really cool and make it look easy. These things take the form of strange art projects, or cooking experiments, or stunts on the trampoline. What my kids don’t see are the hundreds of times their inspiration tried and failed before they got whatever it was they were doing right.

What this means is that when my kid fails the first time they try, their automatic assumption is that the thing was faked, or that they just aren’t the right person to do it. They’re a failure.

This is where the teaching comes in. Sometimes it’s simply asking questions to get them thinking, like, “how many times do you think they tried that before they got it?” or “that looks really hard, do you think they had help learning how to do that?” Sometimes it comes down to applauding the effort. “Hey, I love how hard you tried to make that work. Maybe we can do more research and try again.”

And … you gotta be a good example. If you fail at something, show them that it’s not a big deal. Laugh at yourself. Say nice things like, “Well, now I know one way that doesn’t work!” One of my favorite way to address failure is to refer to it as a learning experience because it shifts the focus to growth, not perfection.

Whatever you set out to do, go boldly, and find some fantastic ways to fail. It’s okay.

Discussion question: What was the last thing you failed at? 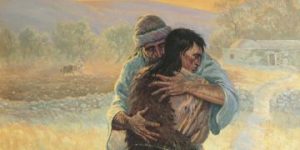