I previously wrote about a birthday gift the Lord gave me when I was struggling with depression. One of the more difficult aspects of being depressed was the shame I felt. I can warp the meaning of scriptures that add to my guilt and shame and then cause me to feel even lower. For example, if despair comes of iniquity (Moroni 10:22), then the only reason I feel despair is because of how unrighteous I am.

When I am depressed, everything feels harder to do. I am constantly on the verge of tears. I can hold it together around others, but if I’m alone, there is no stopping the tears. My inner dialogue or self-talk is quite nasty and mean to myself.  I’m flooded with memories of all my mistakes, weaknesses, and failures. I don’t even like writing about it and recalling those times.

So I was in the temple on my birthday, having just come out of a rather prolonged period of depression. I could feel another episode coming on much like you can feel the first signs of a cold. I prayed to my Father in Heaven, to give me something in the temple to hold the depression at bay. I just didn’t want to feel that sad on my birthday. As I worshiped and served in the temple with that prayer in my heart and while battling against the growing strength of my depressive thought patterns, suddenly this came to my mind, “Consider the boats.”

I knew this was the boats or vessels in The Book of Mormon, but what did that have to do with depression? There are two vessels that different people at different times built under the direction of the Lord to reach the promised land. There were barges built by the Jaredites that were “tight like unto a dish” and designed to go under the water during storms (Ether 2:16-17). They could not be steered by the passengers.  Lehi’s family built a boat that appears to be more typical of what we’re familiar with in that it had to be steered and stayed on top of the water.

As I considered these two different vessels, I realized I was like the Jaredite barges. I experienced storms and life through going down into the depths of the sea or depression.  I often felt powerless or that I would have to just ride it out until I was brought back to the surface, never knowing when that may be. Ether 2 and 3 in The Book of Mormon that describe the barges are two of the chapters I had studied more than any others so the Lord could readily use them to teach me. As I continued to reflect, I realized that while both experienced sea travel differently, they were not designed to fail. Both were designed with the purpose to take the occupants to the promised land. Both types of vessels succeeded.

Then came the sweet merciful impression that my mortal and fallen body, that experienced the great depths of depression, was also not designed to fail. I was designed and created in the image of God and my body was meant to successfully take my own soul to the promised land of God’s salvation and exaltation.  This realization witnessed so powerfully by the Holy Spirit swept all the shame away I had from being prone to depression. I also realized that I always did resurface from its depths and could rely on a depressive phase to not be interminable.

Both groups were also given tools from the Lord to help them in their journey on their boats. The Jaredite barges had no windows and no fire could be burned. They would have no access to the only two sources of light they knew, the sun and fire (Ether 2:23-24). The design of the barges would not and could not be changed to accommodate their desire for light, or light as they knew it. The Brother of Jared, after an invitation from the Lord to present his own solution for light (Ether 2:25), brought 16 clear stones he had to molten himself. He carried those stones in his hands up to a mountain peak. In a prayer filled with an aching need for light for their journey, he asked the Lord to touch the stones so they could provide light. This request was not only granted (Ether 3:1-6) but led to the Brother of Jared seeing and conversing with the Lord.

Through my own aching pleadings for light, to ease the weighty darkness of depression, I have also brought many of my own stones to the Lord. Like the Brother of Jared, I have also had to accept my own vessel designed and constructed for me to make my journey through mortality and that certain characteristics of it may not be changed.   I have accepted God’s invitation to me to present other accommodations so I can have light.  He has touched different stones along the way for me. I’ve been through counseling and taken medications. I’ve listened to nudges to exercise, change my diet, add things to my day, discontinue other things, granted a new perspective, so many “stones” that have been touched by God to give me the light I needed when storms arose.

If you have a mental illness or a child that does, your own pleas for it to be healed or taken away may not be granted.  You can be granted a different perspective of it that can be transformative and ease some of the burdens you feel. The Jaredites were ultimately given a source of light that was better suited for their journey than sun or fire. Nothing could dim or hinder it.  Because of my own experience with depression, I have had experiences with the Lord I would not have had otherwise. What if you considered your own or your child’s struggles with mental illness as an invitation from the Lord to partner with Him in preparing your own stones of light for your journey?  What if you accept that you can not only be successful in your journey, but have joy along the way?

Is there a way you can change your own pleadings to the Lord? If you’ve been told no to having the sun or fire, what can you prepare and present to God with faith? He wants you not only to have light, but the light that is best suited for your vessel. Can you have faith that even a vessel prone to mental illness is still meant to succeed in her journey?

“And thus the Lord caused stones to shine in darkness, to give light unto men, women, and children, that they might not cross the great waters in darkness (Ether 6:3).”

I know that the Lord wants you and your children to have light. Working with God to have His light in my journey has been sacred and transformative. 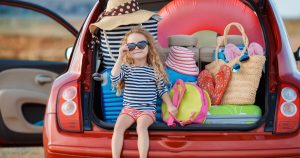 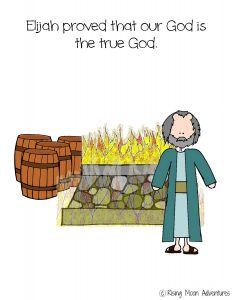 Insight on the Still Small Voice: Are You Listening?