Last month I wrote about changing my desires with the help of my family and friend’s prayers on my behalf (see article “Changing My Desire). As often happens with writing, I learned new things about that experience and the ways I have been blessed that I hadn’t previously recognized.

After my divorce from my first marriage, I established a home full of peace and the Spirit. With my home only having me and my daughter, it was relatively easy to remain free of conflict. My home truly felt like a sanctuary for me. Early on, if there were times of me being angry or of discord, I would notice the loss of the Spirit which would upset me even more. Navigating through a divorce and then as a single mom, I knew how much I needed God and the gift of he Holy Ghost to guide, protect, warn, and comfort. I made continual daily efforts to ensure the Spirit was present in my home.

One of the reasons I feared marriage was the conflict it can bring. I hated feeling angry. I hated how I could act when I became angry. My temper scared me and how strong those feelings could be especially if it involved my daughter. I wasn’t sure that I was capable of being married and maintaining a peaceful and loving home. I felt that I had changed, that I wanted to be different, but how would that play out day to day in the trenches of life?

When I was dating my now husband, our relationship was relatively smooth. We just got along so well. However, there were occasions when I would be impatient, stressed, or insecure. With my efforts to be close to the Spirit, I would almost always get an impression or prompting to help me have a different perspective that would calm and soothe or bring to mind those things that I should focus on. I think my husband was also being guided because he would often call, text, or say something to counteract whatever irrational emotion I would be experiencing, whether he was aware of it or not.  We got along so well, were both so nice and easy going, we spent about a year waiting for the other shoe to drop. I think we were both surprised how conflict-free our relationship was even amidst circumstances that would likely lead to disagreements or misunderstandings with others.

I knew getting married and living together would take time to adjust and acclimate. While we had dated for three years, taken trips together, living together day in and day out would just be different. I knew there would be things that I wouldn’t know would bother me until they happened. Plus we had three teenagers that would also have to adjust to having a step-family, not to mention combining three cats. Add in a pandemic, quarantine, my husband being laid off, and merging two fully furnished homes into one, how could we not expect conflict?

Here’s the miracle I’ve experienced….When something happens that would historically lead to conflict and arguments, I feel the Spirit in a very unique way. I will think of some snarky or cutting reply that the Trish in another decade would have said. Then images and scenes will flash through my mind of the effects of such a reaction by me. The best way to describe it is that it’s like a visual choose-your-own-adventure book. Reply with sarcasm and insults, go to page 32 —> husband responds similarly, go to page 15 —> wife starts crying, go to page 40—> both go to bed without speaking to each other, go to page 24 —> both are unhappy. After such things flash through my mind, I will then get an idea of a better way to respond. Like asking my husband if I can do something for him, giving him a hug, apologizing, or giving him the benefit of the doubt because I know how good and kind he is.

The most recent occurrence of this was a couple of weeks ago. I prefer running outside versus the treadmill, so in the winter, I have less than an hour after work to get a run in before it’s too dark. My daughter was in rehearsals for a musical and would need a ride home at the same time as my run. My husband said he’d pick her up if I wasn’t back if she texted both of us.  My daughter texted. No response. I texted. No response. I come back home 10-15 minutes later VERY annoyed. I may have closed a door harder than necessary. He was down in the basement and I just grabbed my keys and left without a word. A text came through a few minutes later, “I’m sorry.” I had a lot snarky replies I wanted to text. Instead I decided I would treat myself and my daughter to dinner and let him fend for himself. That’s only fair. And I can be a total brat. Most especially if I’m hungry. Didn’t he need a lesson on ignoring my texts? Can you see why I don’t much like myself when I’m mad? My inclinations just are not good nor kind.

My daughter and I stop at the restaurant and then comes the flash of how the evening would go if I continue being mad. If I say or text what I’m thinking. If I stay in this reactive mode intent on proving a point. Or I could ask him if he wants anything and set aside being annoyed. I pull up my phone and ask him if he’d like anything. Then I notice an alert that he turned off notifications. He’s never done that. Turns out, he did that completely on accident. He didn’t even know he could do that. With that one text of me asking if he wanted anything, he didn’t have to dread me coming home and having a fight. Instead I was greeted with a kiss and another apology. I showed him how to turn notifications back on and how he likely turned them off. We enjoyed a pleasantly peaceful evening.

A leader from my church, David A. Bednar  posted this recently:

“I often emphasize the truth that you do not simply ‘find’ the marriage you hope to have. Rather, you create it. If you believe you can find a ‘perfect companion,’ you will spend a lot of time searching for a person who does not exist. You should strive to become your best self and to strengthen your faith in and devotion to the Lord Jesus Christ.”

I can’t express enough how true I’ve found this to be! What kind of marriage are you choosing to create? Are you partnering with Jesus Christ  and the Spirit to be the best version of you? As I said last month, I had no idea marriage could bring this much daily happiness. My husband deserves so much credit as he is also choosing to create our wonderful marriage with me. The more I choose all these things, the easier it is to choose them every day. I hope to progress enough so I no longer even have the thoughts of being spiteful or mean and that all the good things become part of my nature. For now, I’m supremely grateful for this gift of the spirit continually helping me choose happy marriage. 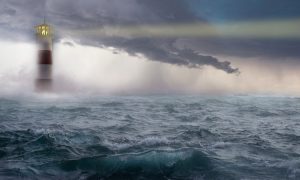 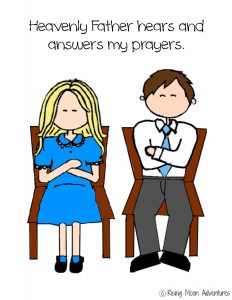