Skip to the content
Search
Mommy Mindfulness 2 weeks ago

All In With Parenting

She is so much like me, my 6-year old daughter Dani. She has brown eyes and hair and a  complexion just like mine. She moves through life with a mostly forward determined type of energy yet intermingled in there she gets shy and skeptical, just like me.

She loves to pretend play and create large “sets” for her play. She will convert the living room into a doctors office for example. Moving furniture and gathering props from all over the house and yard to suit her role play. She plays for hours this way. I used to do the same thing.

My mother used to say to me at that age. “Kerrie, what a mess” or “I can tell where you’ve been by the trail of a mess wherever you go.” One day a few years ago I caught myself saying similar things to Dani. I was tired of her large scale messes that she never cleaned up. I was frustrated, resentful and exasperated by the work that she created for me.

I shed a couple tears and decided to go all in on Dani. I decided that I was going to encourage her to live her full self without the burden of my words telling her I wish she were different.

The result was unexpected and such a gift. As I became all in on Dani I synonymously became all in on me. As I gave her permission to make messes without shame, to sing and dance and talk without judgment from me I received the same thing for myself.

I learned how to drop my self judgement. I became free to just be, free to create, free to be me in a way I hadn’t realized I had inhibited before. I received healing that I didn’t know I needed.

Don’t misunderstand, I still train her on how to clean up those messes and I still have expectations for her in our family, but I drop the part where I complain about it and judge that it should be different. Instead I go all in on the whole experience. I accept it all as being just as it should be!

I now let her messes be evidence that she is alive and here and that I am so grateful that she exists. Sometimes when we choose to see it differently the messes of having little ones can be an unexpected gift. 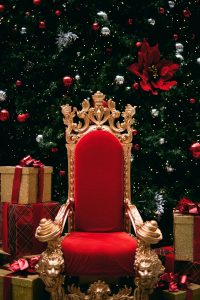 Seeking to See the Love of God Through Santa Claus 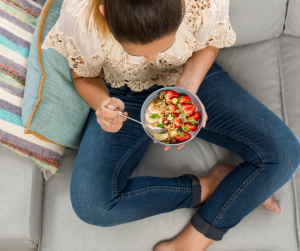 Fuel Your Best Self