A Tale of the Prodigal Nail-Biter

I have a confession: I am a nail-biter. I have bitten my nails for as long as I can remember. My parents tried many tactics to help me break the habit when I was a child. Nothing ever worked. As an adolescent, I became self conscious about my bitten down nails, but not enough to stop. I only tried to hide them. I had many a male tell me how unattractive the habit was.

I bit them so much, they would bleed and be painful. All the negative feedback convinced me my hands were ugly and were a part of me to be hidden.  The first time a boy held my hand and said how beautiful he thought my hands were was met with hysterical laughter by me. Years of disdain for bitten down nails would not be easily overcome by one nice boy.

My older sister got engaged to be married when I was 19-years old. She took meticulous care of her nails. When we were in high school, she would paint them most nights to match whatever she was wearing the next day. She had often chided me for my bad habit and would even swat my hand out of my mouth whn we were together. She asked me to be one of her bridesmaids, but jokingly said only if I let my nails grow out. Everyone thought me breaking the habit was a lost cause. I stopped biting my nails. I stopped cold turkey. I was surprised as anyone when I stopped.

As my nails grew, a whole new world opened up to me: fingernail polish. I started painting them. I no longer had to hide my hands. People no longer grabbed my hand mid conversation to ask why I was destroying them. I didn’t have to keep my hands in fists or worry someone would study them in disgust. I had no idea how freeing breaking a visibly bad habit could be.

My family was so excited and amazed with me breaking the habit. My dad bought me a nice home manicure kit. I still have the case today and use it for all my nail polish.  My breaking of my nail-biting habit was a bit like the story of the prodigal son. My parents gave me gifts to celebrate the accomplishment while my sisters who never bit their nails received nothing. They even mentioned that they hadn’t received such nice manicure tools having never bitten their nails.

I understand why they felt that way. I’ve had my fair share of moments of questioning the fairness of celebrating or rewarding changes others made that were never any effort for me.  Biting my nails can be likened to agency and obedience. When I bit my nails, like sin, I would try to hide or mask what I was doing. I was always aware of my hands and keeping them from notice. Once I stopped and my nails grew, I felt freed from worry or shame. I could use my hands and nails as they were intended. With caring for and painting them, I was more motivated to abstain from the bad habit.

“Our agency and freedom have meaning because we are accountable before God and ourselves for who we are, for what we know and do….would you please consider Jesus is asking us to open our hearts, our understanding, compassion, and humility, and to see ourselves in both roles (the role of the prodigal son and the role of the son who stayed and was obedient.)”

Condemnation and disdain did not motivate me to break the habit. I didn’t even expect a reward for it. I just decided I could and I would. I hope you can see yourself in both roles of the one who went away and had the bad habit or the one who stayed and was obedient. Have compassion for both roles and for yourself and whichever role you’re currently in. I wish I experienced more compassion and kindness when I was a child over the bad habit. I know not everyone was unkind, but those memories of criticism and disgust are so easily recalled. It’s been a harder habit to break of being overly critical of my hands.

I think the prodigal son likely had many more bad memories from his bad habits and riotous living than his brother had from staying close to his father. I still have set backs in times of stress or worry and I find myself biting my nails again even knowing better.  Choose understanding. Choose humility. Choose celebrating when others overcome. Choose better for how you use your agency, for what you know, and what you are becoming. 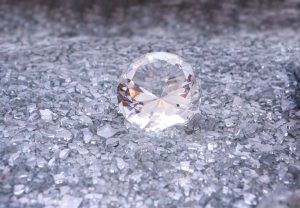