Skip to the content
Search
Mommy Mindfulness 11 months ago

5 Lessons I Learned from My Dad

On this Father’s Day let us reflect on the lessons we have learned from our fathers. Some fathers are involved, some are not. No matter the kind of father you have, you have been taught life lessons by him either directly or by default. Let me introduce you to a few of the life lessons my dad taught me, Terrance Roy Folsom aka Terry, or my dad.

My dad dropped out of his senior year in high school and went to work. He was a hard worker and had a mechanical mind and supported his large family with a metal manufacturing shop on the same property as the family home. He would arise early, put on his oil-stained work cover-alls, steel-toed boots and baseball cap, and go out to the light yellow-colored, tin-sided shop.

I often would wake up to the sound of the loud machinery running, the shear or the press brake or the crackly sound of the welder. I still to this day like the smell of metal, grease and oil. It is the smell of my dad’s labor to support all of us. We all earned money and learned how to work in that shop.

When I was about 10-years old a friend called and invited me to a movie but it was starting soon and so I would need to be ready to leave in just a half-hour. I was broke and needed $3 for the showing. I asked dad for the $3. He said, “Well, you better get out there and get to work.” From this, I learned that if I wanted something work was essential, not optional. It didn’t matter if you were a boy or a girl or anyone, you gotta work! Effort counts!

Work matters in relationships, goals, and in spiritual pursuits. Work, focus of the mind, and effort exerted with intention in the direction that is desired was what was taught by my dad. Work is a saving principle of life and after. You gotta work!

Lesson #2: You Can Do Whatever You Want

I remember overhearing a conversation when I was about 12-years old between my dad and a few other adults. The group was talking about someone else who wasn’t there. The person they were discussing was a father/husband who was struggling financially to support his family. The overtone of the conversation was that this guy wasn’t doing it right and that he was silly because he had a dream to become a pilot and that was just “unrealistic” at this point in his life. My dad didn’t say too much in the conversation.

I remember adopting the same sentiment in my mind towards this man because of the conversation I overheard. I brought it up to my dad a few days later and his reply was unexpected. He said, “I believe a guy can do whatever he wants to do.”  Followed by the caveat, …he just has to be willing to do the work to do it.

My whole attitude changed at that moment. I was free to choose whatever I wanted. Nothing was a closed-door if I desired it. I knew that whatever I wanted to do my dad would believe in me and that I could do it. The only matter that would need to be settled in my mind was to answer this question,  Am I willing to do the work?

My dad had original ideas left and right. He would often sit at the kitchen bar with a worn down pencil in hand and sketch different ideas on a napkin. If I walked through the room he would often say, “Kerrie, You know what a guy outta do?” followed by explaining his latest and greatest idea. He would pull apart old machines to build new machines to do the job he wanted done. He supported our family this way.

We also learned how to play hard this way: Cannons that shoot bowling balls (yes, you are reading that correctly.), giant teeter-totters, cylindrical merry-go-rounds, homemade scooters, deconstructed bikes put together in new ways to build new improved and original bikes. We all learned it from my dad. He taught us to be imaginative and think outside the box to create whatever we desired.

If you can think it up then you for sure can make it a reality. Even if it is a little crazy!

Lesson #4:  Be Willing to Talk to Anyone

My dad didn’t go out shopping with mom or the family very often but when he did we often lost him. Almost without exception we would find him chatting it up with random strangers as if they were long lost friends. Phrases like “I’ll be darned!” and “Dad gum!” would fall from his lips as he listened with interest. My dad did not discriminate as to who was worthy of his time. He would talk to anyone and everyone.

Lesson #5: Read About It All

Before the days of Google, we had two different sets of encyclopedias on the bookshelf in the dining room. Also on that shelf were years and years’ worth of National Geographic and other interesting books. If we ever had a question my dad would inevitably say, “Let’s look it up.” He would then send me to go get the corresponding letter of the encyclopedia that would likely answer our question and we would read about it together. He may never have received his HS diploma but he never stopped learning and growing.

On this Fathers’ Day, I express my great gratitude to my dad for all he has taught me. Work, people, learning, and God are the values he passed on to me and that I am passing on to his grandchildren.

To read what I learned from my mother. 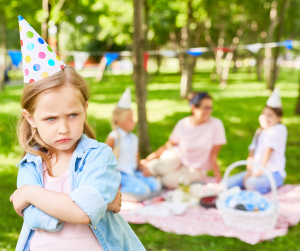